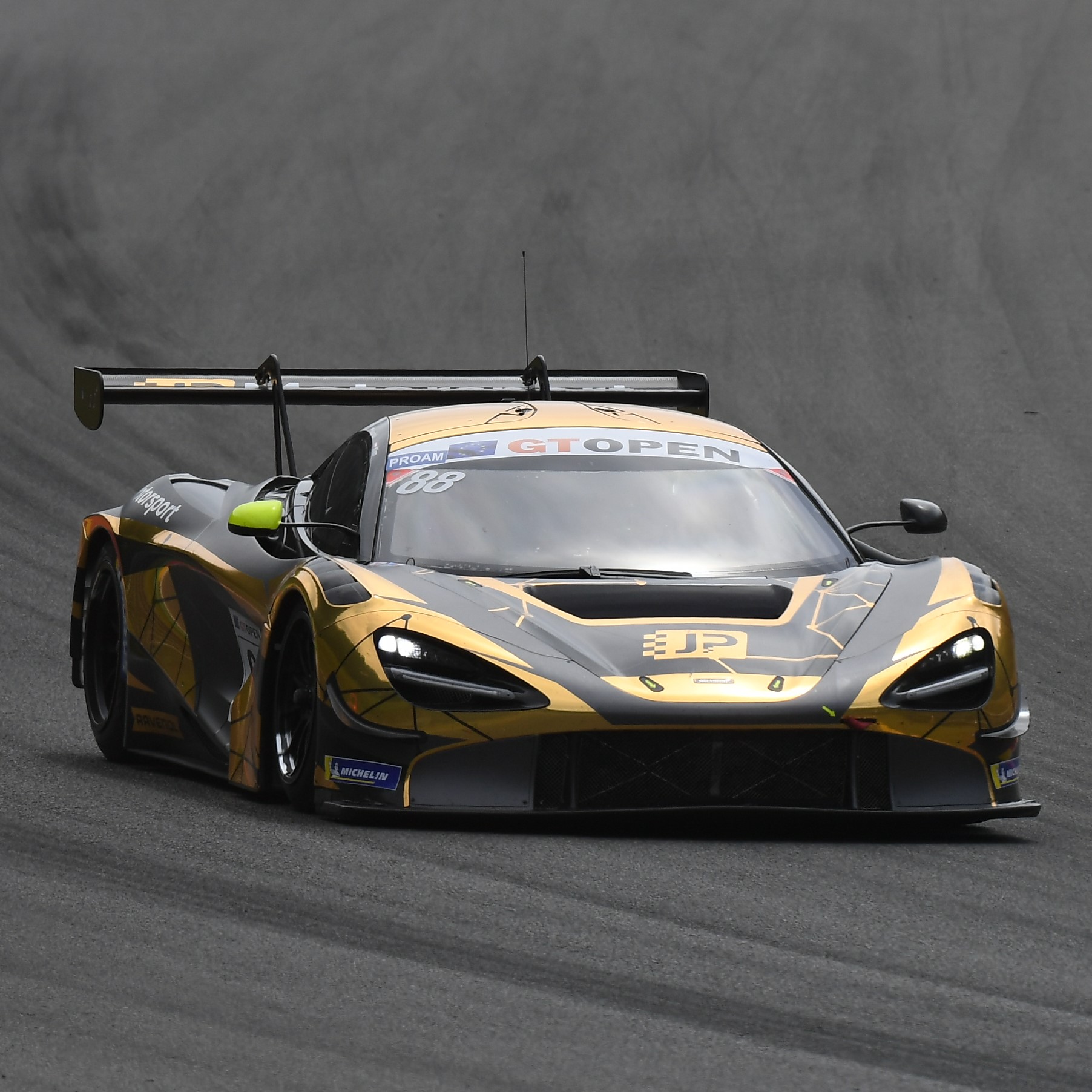 The third race of the GT Open will take place this weekend at the Hungaroring near Budapest. After the successful second race at Spa JP Motorsport will try to build on this excellent performance to grab the lead of the PRO-AM class.

Hungaroring. The McLaren is ready, the team is motivated and the drivers are keen on the race – the foundation for a prosperous race weekend is laid. It would be not the first time for JP Motorsport to have a fantastic weekend in the GT Open at the Hungaroring. Last year Christian Klien and Patryk Krupinski, back then in the Mercedes AMG, were already able to dominate the field and not only take the class win but also the overall win in the first race of the weekend, and their first ever GT3 race as JP Motorsport. The circuit, which is also the home for the Grand Prix in Formula 1, is known for its demanding and narrow track. Even the assumption that the Hungaroring is known as an advantageous circuit for Mercedes leaves the team unimpressed. Both the confidence in the black-golden McLaren bolid and in their own abilities is great, so that JP Motorsport can and will confidently start into the weekend and the races.

The last race in Spa showed once again that JP Motorsport is at the forefront and always a contender for the podium. Currently with 23 points on the second place there are only seven points which separate the team from the top of the PRO-AM Class. The declared goal is still the class win and the two races on July 10th and 11th should bring the team closer to this endeavor. The numerous turns and only a few straights demand a lot from the drivers from which Klien and Krupinski will try to take advantage of. The hunt for the class victory is going to enter the next round.

Christian Klien: “We have excellent memories on the track in Budapest because we won our very first race last year. This year we will be there the first time with our McLaren, so there will be some new things to learn again. Nevertheless, the track should suit us.” Patryk Krupinski: “We are really looking forward to come back to Hungary – the place of our greatest success until now. But the joy is clouded because the McLaren is again as only car in the field slowed down again already before the event.”