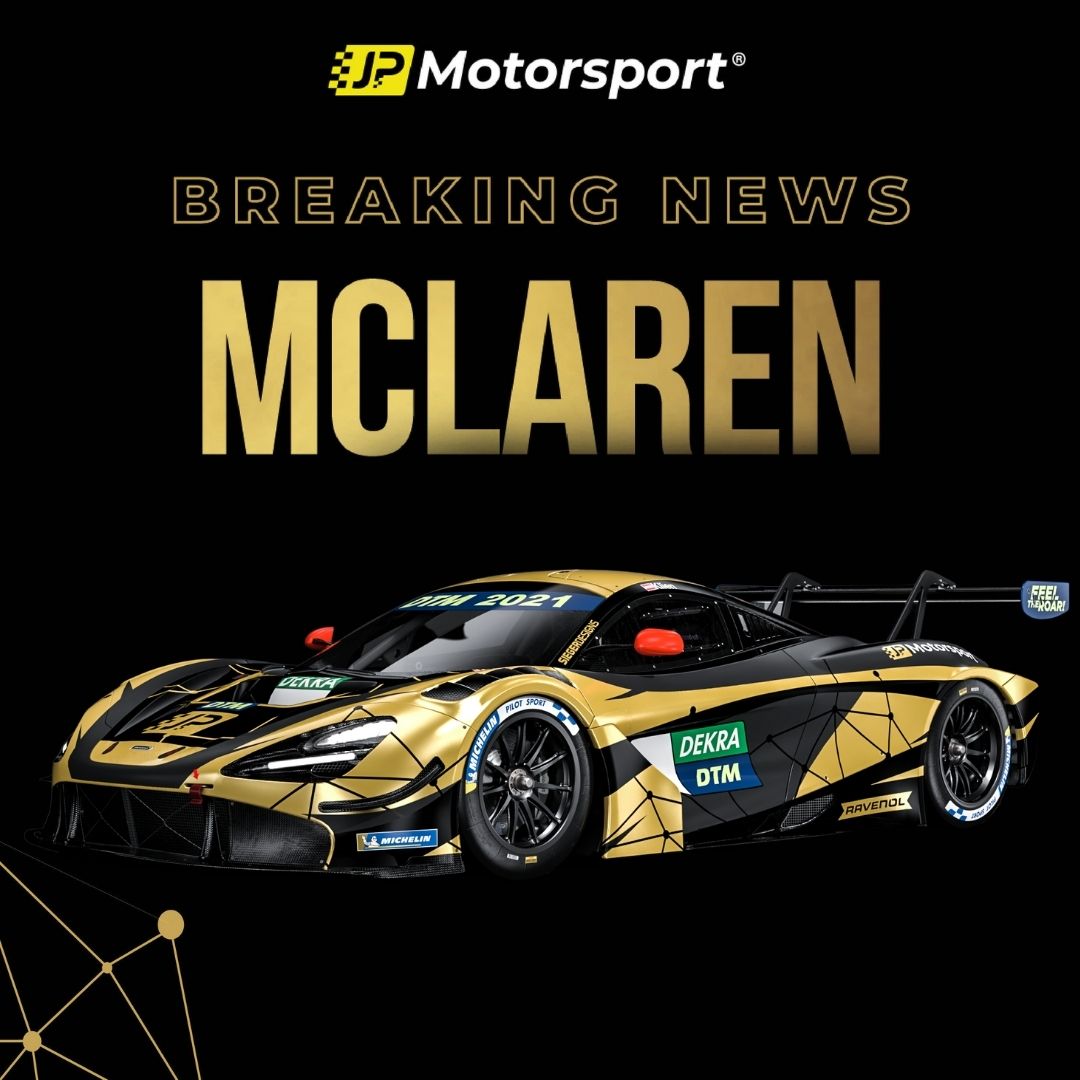 Bombshell in DTM: Newcomer JP Motorsport wants to cause a sensation at selected races with McLaren and star driver Christian Klien!

Team JP Motorsport aims high looking for a new challenge in DTM. A few days ago, Christian Klien already announced that the squad located in Germany’s Erkelenz had an eye on an entry into DTM. Now the package for an engagement is fixed and shows off to be as sensational as performant: to be highly competitive in DTM as well as in International GT Open and GT World Challenge Europe the team switches from the Mercedes-AMG GT3 to the McLaren 720S GT3, a proven race-winner and title contender.

As newcomer in GT3 racing JP Motorsport’s black-golden race cars already caused furore 2020 in International GT Open winning the very first race with their AMG GT3. The missed PROAM title by one single point is a score to settle with GT Open that should be turned into a championship success with McLaren and drivers Patryk Krupinski and Christian Klien in 2021. Additionally, a participation at the 1000km race of GT World Challenge Europe in Paul Ricard is also fixed with fast polish driver Karol Basz completing the trio with Patryk and Christian.

Further obligations make it possible for the crew to compete at three races of DTM in Zolder, at Nürburgring and Assen marking the absolute highlights of the upcoming racing series for JP Motorsport. Therefore, these events will enjoy appropriate attention – not without reason: the perfect car preparation by JP’s mechanics and Austrian’s ex Formula 1 driver Christian Klien will denote an excellent starting position for competition, that could lead to surprising results.

Whilst 2021 the championship in International GT Open shall be won and in selected races of DTM some furore shall be caused, in 2022 a full entry into famous DTM is planned. In this process, a growing cooperation with the manufacturer shall ensure reliable success for the brand in this racing series.

Patryk Krupinski (CEO and driver International GT Open): „We can hardly wait for the first races with the McLaren and are very excited about its performance, which has already impressed us as a competitor in the International GT Open. The Mercedes-AMG is in itself a good, robust product. But the significantly stronger factory support to other Mercedes teams in the DTM would have been an immense disadvantage for us, which means top results get a long way off racing another, unbacked AMG GT3. Instead, we expect a lot from McLaren as a partner and we are sure that we can really heat up some established competitors with our package and good cooperation!“

Christian Klien (former F1 driver and driver for International GT Open and DTM): „I’m really looking forward to the challenging season that lies ahead! The DTM races will be the absolute highlight for me this year. There we can compete with the best teams and drivers in GT3 racing and show what we are capable of. With McLaren we have found an excellent partner for this and we are very much looking forward to work with this renowned manufacturer.“

Fans can look forward to JP Motorsport’s participation in the DTM in the following races:

Three days at Barcelona Catalunya in the pictures.