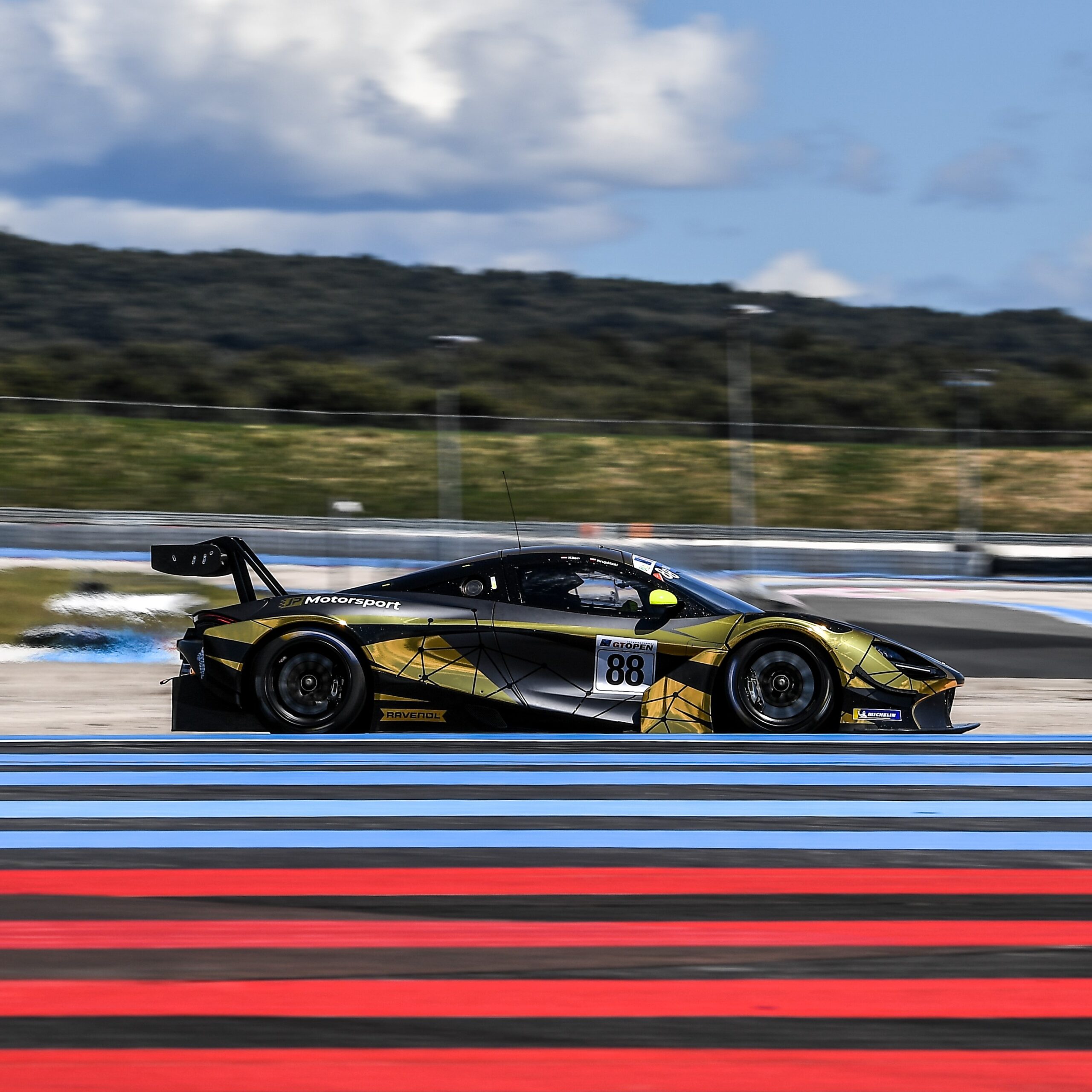 In the 6-hour race at Circuit Paul Ricard, JP Motorsport will contest the only Fanatec GT World Challenge Europe Endurance event chosen for 2021. Regular drivers Christian Klien and Patryk Krupinski take their places behind the wheel. The trio is completed by Karol Basz.

Paul Ricard. JP Motorsport competes in the 1000km Fanatec GT World Challenge Europe race at Circuit Paul Ricard, which was already the venue for the first races in the McLaren 720S during this year’s first International GT Open round. Now the success of the sprint competitions is to be built on in the endurance format.

The team, founded in 2020, relies on the experienced duo Christian Klien and Patryk Krupinski for this race. Karol Basz, who has made a name for himself as the FIA ​​Karting World Champion, is new to the line-up.

Christian Klien: “The 6h of Paul Ricard is the second most important GT World Challenge Endurance Race after the 24h of Spa, because it is also its direct preparation. The last time I contested the race in 2018, I was able to win it. The omens are good. I’m really excited to be competing in the Pro category with Patryk and Karol. It will definitely be a difficult but also exciting race for us. We’ll compete there with the best GT3 teams and will certainly learn a lot. “

Patryk Krupinski: “Just two weeks after the season opener of the International GT Open, we are now heading to the shark tank of the Fanatec GT World Challenge Europe in the same place. The series is known for its extreme power density. We’re really looking forward to the tough competition and we’ll see how we fare with the new car on Pirelli tires. I’m really looking forward to competing with Christian again and to Karol Basz supporting us in this race. “

Karol Basz: „I’m ready to rock at Paul Ricard this weekend. It’s my debut in the GT World Challenge and I’m really happy to join this race with JP Motorsport.”

The preliminary schedule for the GT World Challenge Europe weekend in Paul Ricard:

About JP Motorsport
JP Motorsport was founded in 2020 and caused a sensation in its first season. Nine podium finishes in 14 races in the GT Open PROAM class led to a second overall place in the championship. In 2021, the young team will rely on their new McLaren 720S GT3, which shines in the well-known, black and gold design. In addition to its involvement in the International GT Open, JP Motorsport will take part in an event of the GT World Challenge Europe as well as in three DTM events with Christian Klien behind the wheel.