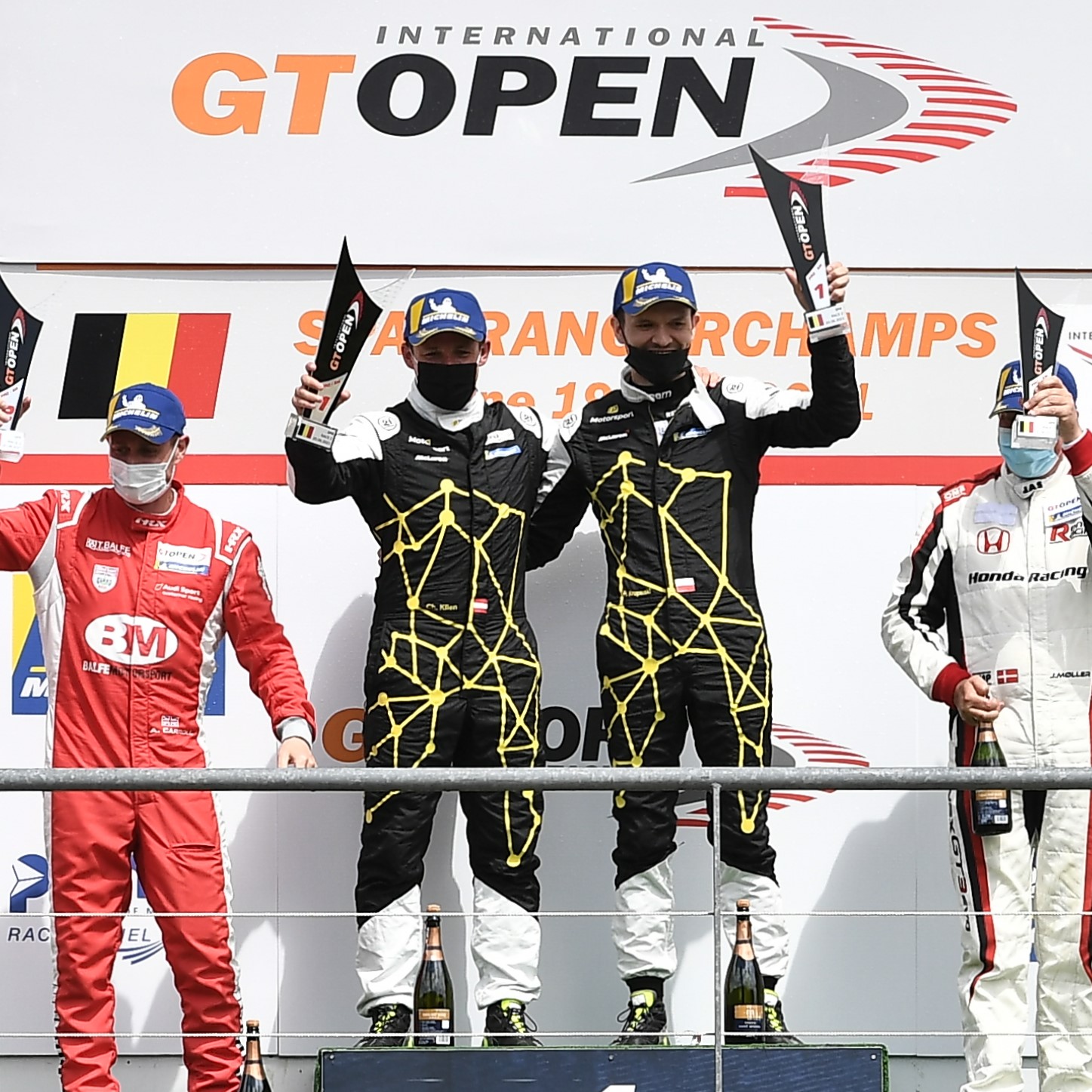 JP Motorsport’s McLaren 720S was on the road to success again this weekend. At the second event of the International GT Open, the driver duo Christian Klien and Patryk Krupinski secured another Pro-Am victory at the Circuit Spa-Francorchamps in Belgium.

Spa. The weekend in Spa, Belgium, should start promisingly for JP Motorsport. The McLaren 720S led the field in free practice at the International GT Open in the Ardennes.

However, the subsequent braking of the vehicle caused some headaches. As a result, the damage limitation in the Saturday race, which was characterized by many safety car phases, did not go beyond 10th place overall and thus 5th place in the Pro-Am category for the team. Sunday should again offer the team from Erkelenz more promising prospects.

Starting from position nine, Patryk Krupinski fought exciting duels on the well-known racetrack. Christian Klien, who took over the starting number 88 at the pit stop, left no maneuver untried and crossed the finish line on fourth place. While the podium in the overall standings was just missed, JP Motorsport celebrated another Pro-Am victory, which built on the success at the season opener.

The third International GT Open event will take place at Hungaroring from July 9th to 11th.

“Spa is practically our home route, which is why we came with corresponding expectations. The fact that we were slowed down for qualifying and the race on Saturday for not holding anything back in the free practice sessions has meanwhile also made us doubt the organization. As frustrating as Saturday was, the race on Sunday was again a lot of fun and after a few changes we were able to push again and gain several positions in exciting duels. Christian in particular once again proved in his racing segment what format he possesses as a racing driver. “

“The weekend on Friday got off to a promising start, but after qualifying and the race on Saturday, the McLaren suffered a second slowdown in this season of the GT Open, which we struggled with. In addition, the long safety car phases in the first race thwarted our tactics. Nevertheless, we were able to turn things around again on Sunday with a great qualifying for Patryk and his ambitious, two-way first part of the race. As a result, I was able to take over the car in a strong position with little gap to the front. The second half of the race was a lot of fun for me with the two-camper strong car and we were able to find a conciliatory end to the weekend with fourth place overall and victory in the Pro-Am, and we continued to score important points in the rating we are now on are in second place. “