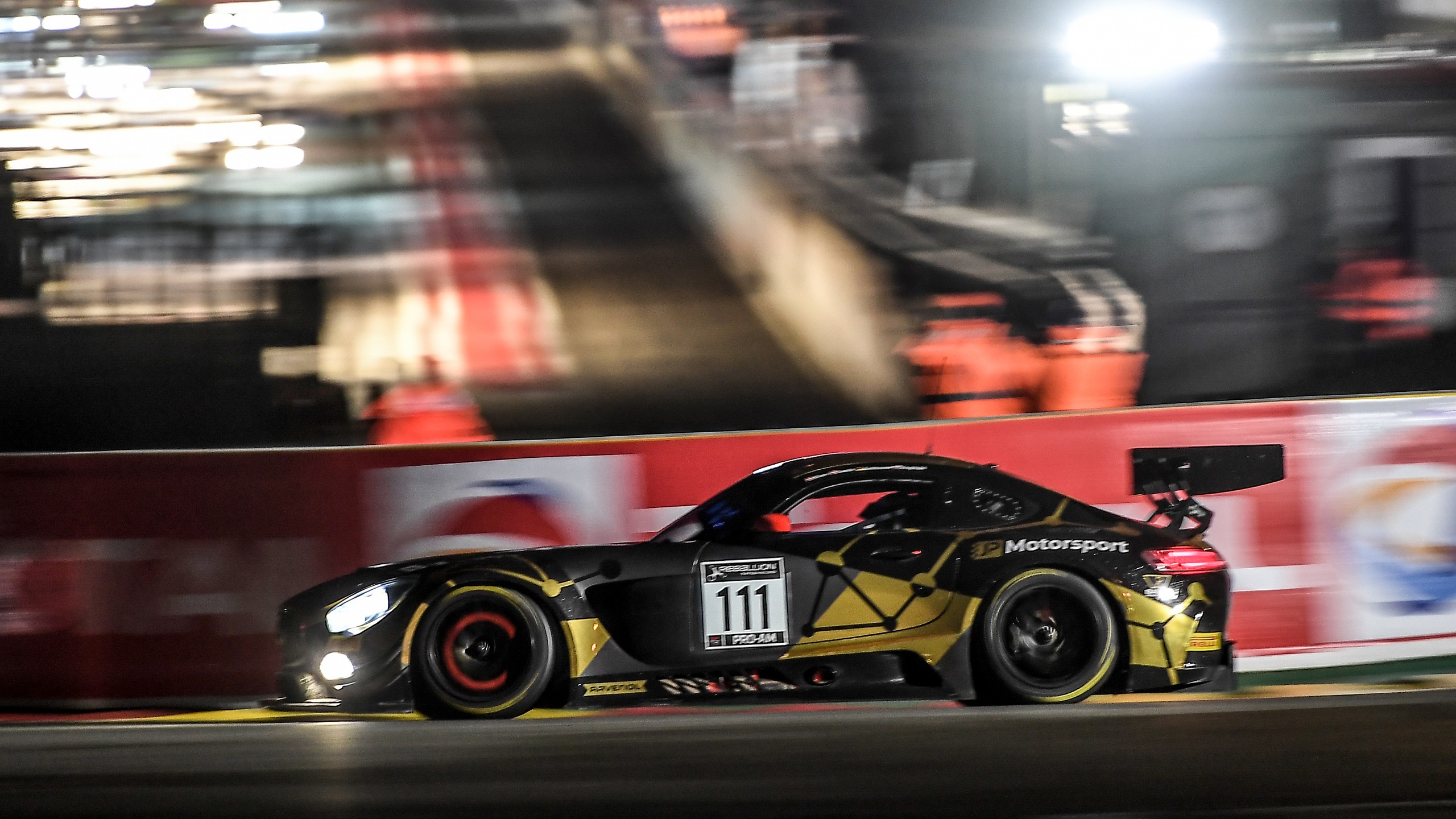 The Total 24 hours of Spa race weekend has gone to an end. It was an early end for our new team.

The 24-hours of Spa-Francorchamps are always something very special and one of the highlights in the seasonal racing calendar. Such a spectacle was also the 10th edition of the race through the Ardennes. It took place in autumn for the very first time in history. Plus at a weekend in which the time changed from summer to winter. Despite all the joyful anticipation, it was a difficult debut for the newy-found JP Motorsport team. The race should be short-lived for the drivers Christian Klien, Mathias Lauda, Jens Liebhauser and Patryk Krupiński in their Mercedes-AMG GT3.

The track at Francorchamps is one of the longest on the calendar with its almost seven kilometres. And even during the summer the weather can be challenging. It came with no surprise that in October it was cold and rainy, as it was for the start of the qualifying on Thursday. The qualifying was split in four 15-minute sessions and each driver did his turn without any major issues. The team qualified the #111 Mercedes-AMG GT3 in 46th on the grid.

56 GT3 race cars headed into the formation lap on Saturday afternoon at 4.00 pm. Christian Klien, who took to the start, had a very good first stint. Driving up into 38th place despite coping with handling problems of the car. The team was faced with a high level of tyre wear, especially yon the rear suspension. Then it was the turn of Patryk Krupiński. He did a very good stint in a difficult to manage car. And it was his first-ever 24-hours-race.

The freaky weather started after two hours into the race and the track changed from dry to wet phases. The race soon turned out to be a difficult one with many competitors fighting against the changing conditions. The Set-up of the Mercedes-AMG GT3 was changed before Jens Liebhauser´s stint and both the German as well later on Mathias Lauda completed good stints in the twilight with Klien carrying out a double-stint in the dark.

Jens Liebhauser took behind the wheel of the #111 Mercedes-AMG GT3 for his second stint, returning to the track under a Full-Course-Yellow. It was difficult to keep the tyres temperatures due to wet and cold conditions. Even two laps behind the Safety-Car did not solve the issue. Once the race was restarted, Liebhauser was on a fast lap. At the entry of Blanchimont, one of the fastest corners of the entire track, he lost control of the #111 Mercedes-AMG GT3 and crashed into the barriers following two spins. This was the early and disappointing end of the race for the new team, which aimed to gain important information and collect kilometres on the way.

Christian Klien (Austria)
“My start was very good, and I was able to climb up into 38th place in my first stint. At the beginning, the car was very good but then after half my stint we had a lot of tyre wear, especially on the rear and it was difficult to drive. It was also difficult for Patryk as he had to fight with the car. We changed the Set-up on the rear and went a bit softer which made the car nicer to drive. I was able to drive very good lap-times in my double stint, which were similar to the front third of the field. Our goal was to simply drive through, avoid making any mistakes and just wait and see how the 24 hours evolve. As you could see, it was a difficult race with many accidents and retirements. From this point of view, we just wanted to keep driving, but unfortunately, we didn´t manage this. Jens had a pretty have impact in Blanchimont. Of course, the early finish was very disappointing for the whole team, as we are still young and are learning a lot. But this is Motorsport and unfortunately things like that happen. Now we are looking ahead to next weekend and hope to be successful at the season final of the GT Open at Barcelona.”

Mathias Lauda (Austria)
“This was a really tough race. The weather was extreme, and it was easy to make a mistake. Being a new team, it was our goal to just finish the race and see the chequered flag to take home a lot of experience. Unfortunately, we did not manage to do so. I would like to thank JP Motorsport and the whole team for their hard work throughout this difficult weekend.”

Jens Liebhauser (Germany)
“I returned to the track for the fifth stint on a Full-Course-Yellow. It was difficult to keep the tyres on temperatures in the changing conditions. Even behind the Safety-Car, I was unable to bring temperatures into the tyres. I then started to push and was running on the limit. I thought the tyre was right but then I lost the rear of the car going into Blanchimont at 240 km/h. I then spun twice before hitting the barriers frontally. This was the end to our race, and it was stupid. 24 hours are long, and a lot can happen, many others suffered bad luck too. I feel very bad for my driver colleagues and the whole team, especially when you are putting so much effort into one race and then you put the car into the barriers. Not a good feeling.”

Patryk Krupiński(Poland)
“The race did not go well at the beginning as we struggled with the Set-up of the car. Nevertheless, we found a good compromise and the car started to run better with a good pace. I tried to achieve the best possible in my stint. Afterwards there were changing track conditions, which was a very good learning phase for the team. Despite all, our race was finished after six hours, as our Amateur driver lost the car. I am pleased with both the team´s and my personal performance, but we definitely ended the race too soon.”

Now the team is looking forward to this coming weekend. The season final of the International GT Open is taking place at Barcelona. JP Motorsport is able to win the PRO-AM Championship in their debut year.

Race 1 at Paul Ricard with third place in PRO-AM Class!

Our races summary for the 2020 season