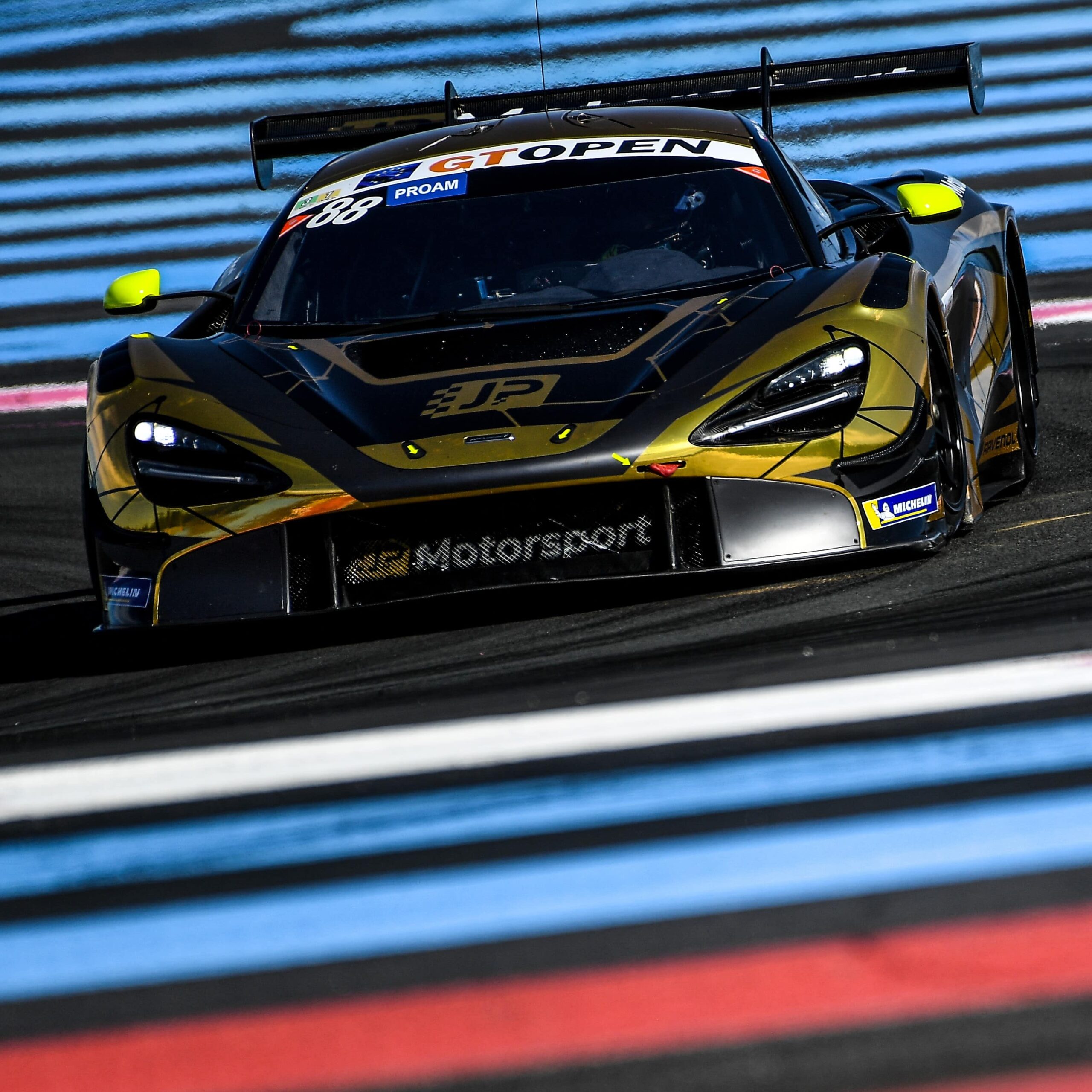 The International GT Open event in Paul Ricard is on the agenda of JP Motorsport this weekend. Christian Klien and Patryk Krupinski will be racing with the McLaren 720S GT3 for the first time.

Paul Ricard. JP Motorsport is kicking off its second year in the International GT Open. After only one point separating the young team from the title in the PROAM class in 2020, the focus is on the championship fight this year. The black and gold bolide already caused a sensation before the season started, when the team decided to switch manufacturers and compete with McLaren moving forward.

The first two races of the International GT Open 2021 season will be held in Paul Ricard. The aim is to build on last year’s success story.

Markus Specht (Project Manager): “A real baptism of fire awaits us with the first race weekend with the McLaren! The preparation time for the season has passed by rapidly since the arrival of the vehicle. We were able to collect a few kilometres in tests in the short time, but we know that we still have some catching up to do. The program is therefore to learn as much as possible during the first test sessions in order to catch up as quickly as possible. Nevertheless, we are aiming for top results in the PROAM class!”

About JP Motorsport
JP Motorsport was founded in 2020 and caused a sensation in its first season. Nine podium finishes in 14 races in the GT Open PROAM class led to a second place in the rankings. In 2021, the young team will rely on their new McLaren 720S GT3, which shines in the well-known, black and gold design. In addition to its involvement in the International GT Open, JP Motorsport will take part in an event of the GT World Challenge Europe as well as in three DTM events with Christian Klien behind the wheel.