Start: 13:15
The Hockenheimring is a motor racing circuit in Am Motodrom, Hockenheim, Baden-Württemberg, Germany which has been one of the tracks hosting the German Grand Prix since 1970. In 2007, it was agreed that the German Grand Prix would alternate each season between Nürburgring and Hockenheim, though it was not held at all in 2015, due to financial issues at the Nürburgring. The race returned to Hockenheim in 2016, was dropped from the calendar again in 2017 due to sponsorship issues, and returned in 2018. It was later given a one-year contract for 2019.
Buy tickets
2022-09-02 09:15:00

In the mid-1920s, racing was becoming quite popular in Germany. The new AVUS track had been built just outside of Berlin, and a larger track was under construction at Nürburg, near Koblenz and Bonn. But fans in southwestern Germany wanted a local track, so they started using access roads in a wilderness area called Wildpark, near Karlsruhe. Soon the location was a victim of its own popularity; large numbers of entrants and spectators were damaging the wilderness area. The local council rescinded the permit to use the park and forbade any racing there, so the search for a suitable venue began again.

Mercedes and Auto Union had been exploring the possibility of using forest roads just outside of Hockenheim, about 40 km north of Karlsruhe, as a test track. When local racing clubs for both cars and motorcycles offered their support, the proposal gained inertia. In 1932, the new Hockenheimer-Dreieck opened its doors with a motorcycle meeting, followed by sports car races two weeks later. The track was fast and dangerous, with several high speed sections passing through dense forests. And as Germany moved towards fascism, officials who approved of the concept of a test track disliked its use of public highways, as an unnecessary obstacle to the military. The track needed a revised course. The first version of the permanent circuit opened in 1938.

In 1964, construction started on a section of the A6 autobahn that passed to the east of Hockenheim. The track owners needed to adjust the circuit, as the west end was being chopped off. In addition to reversing the direction of the course, the new stadium section was constructed. Up to 100,000 fans could take the autobahn, and sit in a custom stadium with a view of start/finish, the pits and paddock, along with seven moderately slow corners. For the first time, Hockenheim attracted international racing. This section has only slightly changed since then.

In 1969, along with upgrades to the infrastructure, the circuit also had yet another new name. From now on, this would be the Hockenheimring. When the Nürburgring was deemed unsafe in 1970, Hockenheim joined the list of tracks that have hosted Formula One. The 1970 race was a one-off, until the near-fatal accident of Niki Lauda at the Nürburgring during the 1976 race.

The original circuit was roughly triangular, running counter-clockwise. It started about where the modern Sudkurve is, and headed straight east, using much of the current route. A left took the course along Route 291, with a sharp left turn just south of Oftersheim, and another sharp turn at the edge of Hockenheim, to return to start/finish. This course was 12.045 km/7.485 miles.

Along with a new name (the Kurpfalzring), the track had a new layout, very close to the “classic” route.The track still started at the same location, and still ran counter-clockwise. But about half a kilometer before Route 291, the course took a gentle, sweeping bend to the left. This was where the pre-2002 long circuit went. The long, sweeping stretch still ended at a sharp left at the edge of the town of Hockenheim, but the track was approaching its modern layout. Its length was 7.692 km/4.780 miles.

Construction of the A6 autobahn forced the track to alter the entire western end. The track was converted to a clockwise direction, with a new pit straight and loop behind the paddock, the track now had most of the “modern” configuration. Grandstands around the pit straight and infield loop were constructed, creating the ‘Stadium section’, and the new track measured 6.769 km/4.206 miles.

After the fatal crash of Jim Clark during a Formula Two race in 1968, two chicanes were added to the circuit, increasing the lap distance to 6.790 km/4.219 miles. Each was located roughly halfway between the stadium section and the Ostkurve. The track also upgraded the paddock and infrastructure, and was poised to hold the German Grand Prix for the first time in 1970, after the Nürburgring had refused to make safety upgrades. The Grand Prix returned to the now-safer Nürburgring in 1971, but after Niki Lauda‘s near-fatal crash in 1976, the track was deemed unsafe for F1, and the Grand Prix turned to Hockenheim as a regular home.

10 days before the 1980 German Grand Prix, Patrick Depailler was testing his Alfa Romeo when his suspension broke at the Ostkurve. The car was pitched to the outside barrier, and the accident killed Depailler instantly. No changes were made to that corner for 1980 and 1981, but before the 1982 race, the track added a simple left-right third chicane at that spot, increasing the lap distance to 6.798 km/4.224 miles.

But in 1981 the owners finished a previously planned project, giving a completely redesigned and rebuilt pit complex, with a much longer and wider pit lane, and an entirely new building, with a state of the art race control tower at the south end.

In 1990, the chicane at the Ostkurve was rebuilt. What had been a simple (and fast) left-right jog with a short escape road, was now a sharper and slower right-left complex, forcing a direction change upon exiting. Again the track length was increased slightly (to 6.815 km/4.235 miles), but more importantly lap times increased by 1-2 seconds, and speeds were reduced through the Ostkurve.

The two original chicanes from 1970 were rebuilt and renamed. The first was named “Clark Kurve”, and the second was named “Senna Kurve”. Both were tightened, and added about five seconds per lap.

2002 brought the first major redesign of the course since 1963. More than half of the old circuit was altered, with the pavement, guardrails and fancing removed and the land allowed to return to nature. In the stead, there was a much tighter, shorter and slower circuit.

The straight out of the Nordkurve goes not quite half of the distance to the old Clark Kurve, before making a 120° right, known as the Einfahrt Parabolika. The a quick sharp left leads onto the Parabolika, a 1 km long gently sweeping left-hand bend that functions as a back straight. This ends at the Spitzkehre, a very tight 160° hairpin, basically at the site of the old Senna Kurve. Indeed, the actual right-of-way for the Senna Kurve is the edge of the runoff area for the Spitzkehre. At this point the drivers have returned to the old track, but there was one more change.

The designers put in another infield kink. After heading back towards the pits for about 200m, the cars make a gentle right hand kink, and after another short straight, take a very tight 90° lefthander before making a sweeping right back onto the old course. The track lost more than 2.3 km/1.4 miles in length, but the lap times only dropped by about 22 seconds. More importantly, the multiple sections where speeds close to 330 km/h were attained were now gone, increasing safety and decreasing engine costs. In addition, the number of grandstand seats was increased, much of the existing stands could see more of the race, and the cars would pass each stand more often, making it a better spectator experience.

Since the 2001-02 rebuild, there has been only one other change in the track of note. The short straight between the final infield corner and the Sudkurve was shifted a few meters north, enabling the track to create a separate staging area for drag racing. The dragsters run up towards the Spitzkehre, enabling the track to greatly increase the number of spectator events held. There have been many other improvements in spectator facilities and infrastructure, but basically the current configuration has proved safe and suitable for the cars for 15 years now, and there are no announced plans for major changes in the future.

Current status: Leaving in 2020 to make way for Hanoi and Zandvoort. 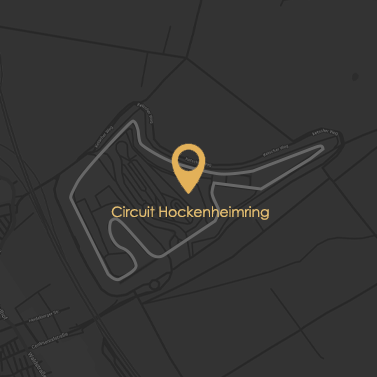 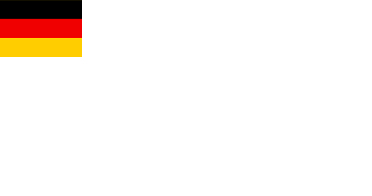