Start: 14:15
Circuit History: Prior to World War II, there had been plans for a racetrack in the area. The local club had held street races in the late 30s, but the war put a hold on those plans. The mayor of Zandvoort at the time proposed the construction of a road along the seafront, ostensibly for a parade for the winners of the war. The actual purpose was to keep locals from being sent to Germany as slave labor, and by the time the project was completed, the war was almost over.
Buy tickets
2022-06-19 14:15:00

After the war a track was laid out, incorporating the ‘parade road’ as the main straight, and using other defense roads built by the German Army. The track was designed by S.C.H. “Sammy” Davis, British driver, journalist and winner at Le Mans in 1927.

The track was at first a temporary road circuit, with public access for most of the time. But increasing speeds and safety issues, most notably the deaths of Piers Courage and Roger Williamson, led the owners to close off the track and add safety barriers. After the crash of Courage at the Tunnel Ost kink, a wide right-left chicane was added at the old Bos In section for 1974. and in 1980, a similar (but left-right) chicane was added just before the old Hondenvlak section. These were the last changes before the demise of the Grand Prix after 1985.

The circuit had been on thin ice financially for some time, but plans were made for the sale of a portion of the land and rebuilding of the circuit in early 1987, but those were delayed by the track being declared bankrupt later in the year. A new ownership group took over in late 1987 and was able to fund the shorter club circuit while waiting for added revenues.

The original layout for Circuit Van Zandvoort in 1948 was 4.193 km (2.605 mi). Originally it had the appearance of a very tight and twisty initial section, with the last 80% of the lap in the form of a fast and irregular oval. The proximity to the north sea, and running amidst a number of taller sand dunes, frequently made wind gusts an issue for drivers.

The track started a lap roughly halfway along the front straight, which was about 1.2 km/0.8 miles in length. After the start/finish, the pits and (tiny) paddock were on the drivers’ right, with a permanent grandstand on the left. The first corner is the signature Tarzanbocht, a 180°, lightly banked right-hander. This section of the course is a favorite of spectators and is usually packed on race day. Coming back behind the paddock, the cars make a gentle left while setting up for a sharp 90° right called Gerlachbocht. This leads almost immediately to another tight 180, called Hunzerug. This is a left-hander, tighter than Tarzanbocht, with a downhill entry and uphill exit. With the pits slightly further to the north, this turn is in full view of the grandstand. The only gap between the front straight and Hunzerug is a one lane support road leading from the paddock to a tunnel under the front straight.

The track then shoots off into the dunes, with a long almost straight section with three flat-out bends and over two gentle dunes. This ends at Scheivlak, a 120° right-hand sweeper with a downhill exit. This led into another straight with a sweeping left and right in the middle. That second was known as Hondenvlak. This was followed by a very fast and tricky right sweeper, called Tunnel Oost as it passed over the eastern tunnel. The imagined ease of this corner often had serious consequences for the unwary. Another straight section with flat-out sweepers leads to the final corner, a (what else?) sweeping 120° right called Bos Uit.

A plan was circulated in 1987, to rebuild the track away from the influx of residences, and minimize the noise complaints. But the plans stalled, when the owners filed for receivership. In 1989, more than half of the renamed Circuit Park Zandvoort was bypassed when a new, 2.526 km/1.570 mile club circuit was constructed. The land near Tunnel Oost and Panoramabocht was sold to developers, with a deal reached that no housing was to be built within 100 meters of the track. The new circuit kept the old pits and initial first few turns, but made a sweeping 180 right just beyond Hunzerug, called Toyotabocht. Then a sharp right kink and a left 180 formed a chicane called Nissanbocht, which led down a short straight to a tricky right named Gran Doradobocht. The track then rejoined the old circuit at a new sweeping Bos Uit corner, retaining about the final 2⁄3 of the old main straight.

An extension to the new circuit had been planned for years, but it was not until late 1998 that work started on an upgrade. Along with new structures for the pits, media, and race control, the track was extended to 4.307 km/2.676 miles. After the Toyotabocht, the track continued on it’s old path around the Scheivlak corner and as far as the gentle left-hander before Hondenvlak. But now the track makes a fairly sharp 80° right called Mastersbocht. A short section that is basically a flat-out gentle right leads to Bocht 9, a fairly tight 135° right. A quick squirt and the cars hit Bocht 10, a 170° left hand sweeper that is almost a mirror image of Tarzanbocht.

A long and very gentle right bend functions the back straight, running parallel to the old circuit and almost as long as the main straight. Along the way, the cars pass a pair of short connecting turns for alternate configurations and rejoining the club circuit at the old Toyotabocht. Other changes include the old Nissanbocht chicane has been renamed as Hans Ernst Bocht, and the final corner leading onto the main straight is now the Arie Luyendijk Bocht. 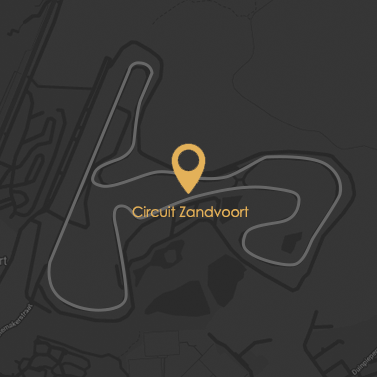 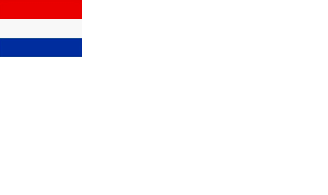