Start: 14:15
Circuit Overview: Magny-Cours rose (almost literally) from nowhere, developing from a small national racing circuit in the French countryside to seemingly overnight becoming one of the world’s premier facilities. Politics played their part in the transformation of the circuit into a Grand Prix host but also in its very foundation.
Buy tickets
2022-05-15 14:15:00

Home to the Formula One French Grand Prix from 1991 to 2008 and the Bol d’Or motorcycle race from 2000 to 2014 until both returned to Paul Ricard, today the circuit is best known for its annual round of the World Superbikes Championship and a strong calendar of domestic series.

The associated business park next to the circuit is home to a number of motorsport and associated firms, including French constructors Ligier and Mygale. It was also formerly the headquarters of the famed Winfield Racing School until its resurrection under new ownership at Paul Ricard, though sessions still take place at the Nevers circuit.

The idea for bringing racing to this central part of France came from a politician: Jean Bernigaud, the young mayor of Magny-Cours. Possibly the idea came to him following a trip to the French Grand Prix at Reims in 1954, where he saw that the public roads could be turned into a racing circuit.

Whatever his motivations, a dose of reality came following the 1955 Le Mans disaster, when the regulations over racing circuits were tightened and the likelihood of Bernigaud being able to secure a race around his town seemed as far away as ever. By 1959, he had turned his attentions to creating a purpose built circuit instead. The aim was to create a multi-purpose venue that could boost visitors to the town, provide employment and also offer educational opportunities.

At this time karting was starting to become popular in France, imported from the United States. The local Nivernais Karting Club was growing and so it seemed there was a meeting of minds and Bernigaud was persuaded to start his project with a kart track. In 1960 the Circuit Jean Behra (named after the French racing hero who had been killed the year before) sprang up on land next to Bernigaud’s farm. At just 510 meters long and 6 metres wide, the small venue was built in pretty short order and was inaugurated on August 7, 1960. Around 2,500 spectators witnessed the 24 karts and 48 drivers from 8 clubs compete for the first event in what was to become in future years a centre for developing new French talent.

By the following year, the kart track had been encircled by a 1.2 mile road circuit, a motocross track, spectator viewing areas and on site car parks. The new track held its first event on March 12, 1961 in front of 5,000 spectators. Circuit Jean Behra was developing rapidly!

The circuit flourished and its Winfield racing school, established in 1963, soon became world famous after churning out the majority of France’s Grand Prix winners in the 1970s and ’80s. At the end of 1965, Bernigaud presented a six year improvement plan for the circuit, the first fruits of which saw the installation of a bridge to provide easy access to the heart of the circuit in April 1966. It was built in a record time of 8 days by the Stévenot-Routier company .

The following year saw a control tower spring up and the construction of a new building for the Winfield School. Subsequent years would see the track widened (from 7 to 9 metres) and five grandstands built before the final stage of the renovations saw the addition of a new loop in 1971, forming two inter-connected circuits and bringing the total lap distance up to 2.39 miles. The circuit was now able to cater for grids of 30 cars or 40 motorcycles.

By the early 1980s, development had slowed a little, though improvements included an asphalted paddock in 1979, large new car parks in 1984 and new offices and press boxes the following year. 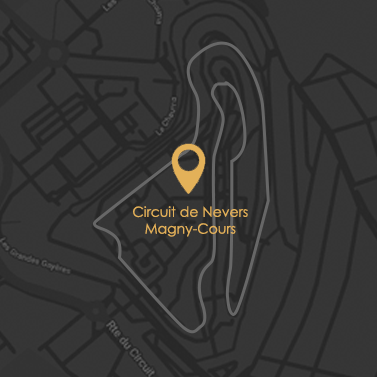 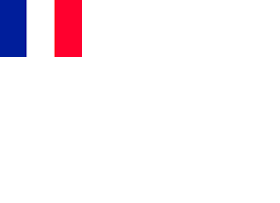