Start: 09:00
Circuit History: It had many of the ingredients for long-term success; an interesting waterfront location, with good amenities in a major city center, a local sporting connection, and a home hero for the fans to cheer on. Yet, despite all these advantages, València’s street circuit never truly caught on as a Formula One venue and, after five largely uneventful races, it was scuppered, when the costs outweighed any perceived benefits. Overgrown and abandoned, it now sits as a sad reminder of monumental folly, while the city continues to count the costs.
Buy tickets
2022-09-16 09:00:00

The idea was relatively simple. The project was supposed to put València on the map by transforming the area adjoining the circuit, which until then was filled with derelict old warehouses and factories. Attracted through the glamour of Formula One, together with the existing America’s Cup harbour area, investors would be persuaded to create modern apartments and skyscrapers in an up-and-coming location.

Formula One’s favoured designer Hermann Tilke was tasked with creating the racing circuit that would host the races, using a combination of existing roads skirting the harbour and purpose-built sections of track, alongside new and repurposed buildings. Perhaps uniquely, the track crossed the marina entrance at one point on a swing bridge, while the pit building was created from a former ‘tinglado’; a warehouse originally used for the export of the region’s famous fruit and wine.

The official track layout was unveiled by València Councillor for Transport Mario Flores, on 19 July 2007 and construction took place over the following 12 months. It was not, however, Formula One which gave the circuit its racing debut; perhaps wisely the organisers elected to test their organisational skills with a lower profile first event. So it was in fact the cars of the Spanish F3 Championship and International GT Open which proved the opening action, in the last weekend of July 2008.

All went smoothly, so it was with much anticipation that the European Grand Prix weekend arrived a month later. Certainly, the event lacked little in glitz and glamour, with yachts moored in the harbour as at Monaco and numerous TV shots of party-goers watching events unfold from luxury rooftop swimming pools. Overall, the feel was something of a cross-between Melbourne, Montreal and Monte-Carlo, with fine weather aiding the atmosphere.

Felipe Massa took the pole position and, despite a pit stop fumble when he was released into the path of another car (without incident), went on to dominate the race for a fine victory. It was not the most inspiring of races in truth, with precious little overtaking or incidents of note throughout its duration.

This was in fact València’s achilles heel; in trying to combine the best aspects of a permanent circuit with a temporary street race, it had come up short. While it was quite fast, it proved extremely difficult to overtake on and, thanks to the ample run-off areas in most corners, there was little of the usual peril that making a mistake on a street course would usually bring.

In itself, these things would not have mattered too much (at least not to F1’s bosses), were it not for the effect of the global financial crash on the event’s finances. With little prospect of the regeneration of the area taking place amid a stagnant property market and an ever-escalating race fee to pay for, the writing was clearly on the wall.

In the end, the race soldiered on for five of its seven-year contract, before a change of political leadership hastened an early demise. The new regional chief of public works, María José Salvador, estimated that just the construction work and related financial costs represented €100 million, with a further €60 million in loans needing to be paid back by the Valèncian government by 2023.

“No revenues were generated to recoup that investment,” Salvador told the El Pais newspaper. “We have been living the fable of the milkmaid and her pail, except that when the pail broke, there was no milk inside.”

In the years since, the facility has been left to deteriorate. The permanent section of the course has been fenced off and vandalised, with the pit building remains empty and now finds itself needing further renovation. While all of the necessary roads remain in place, it seems extremely doubtful that racing will ever return.

The València Street Circuit was located in the city’s marina. The start/finish and pit lane area can be found on Avinguda de I’Enginyer Manuel Soto and the rest the circuit can be easily traced, with faded kerbing still visible around many of the streets. The swing bridge, however, is usually closed to traffic, so completing a lap is difficult. In addition, the permanent section of track that formed the final sector is fenced off and on private land, though is easily viewable from the neighbouring streets. 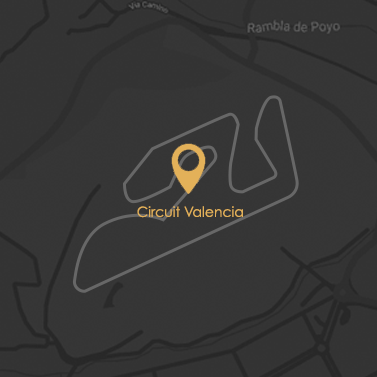 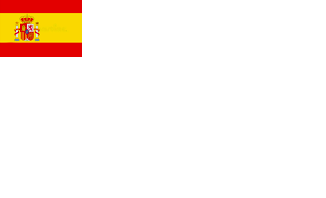